My first 6 months at Apollo GraphQL 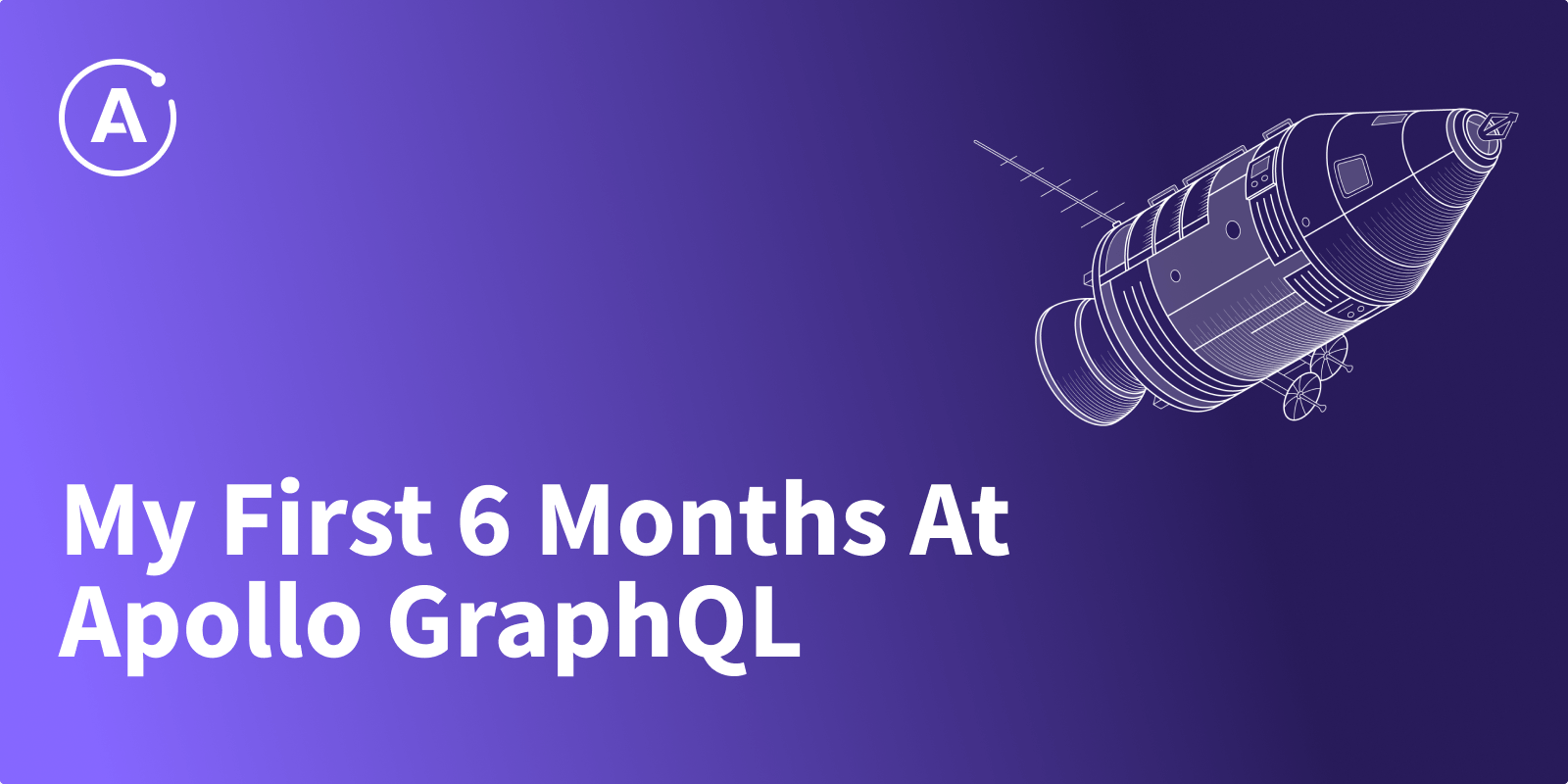 For those of you who know me best, I certainly don’t take things at face value. I take a measured approach when I make decisions, especially when it comes to making my next career move. I often get asked how I always “pick the winners”. Here’s how I went about the selection process for joining Apollo six months ago, and a quick update of where I’m at today.

The first question I ask myself when I’m looking for a new company to join: “what’s the next big thing?” I have conversations with customers about up-and-coming technology mega-trends they’re seeing, and I learn what makes their technology so transformational. I tap into my personal network — mentors, VCs, and of course friends and family. I consolidate a stack of great companies into an organized list, and then I use tools to qualify and substantiate my findings. The two tools I use the most are Crunchbase and CB Insights because they make it easier to filter and sort through the data that is most important to me: who are the company’s founders, executive team, lead investors, what exits have they had, how much money has been raised, and when.

As a final step, I’ll narrow down my shortlist to the Top 5 Stand Out companies and then move to a more low-tech approach — literally a sheet of paper listing out all of the Pros and Cons for each. By the end, the answer was jumping off the page… go to Apollo!

I thought I’d share the details about why I joined Apollo, and also give you a quick update about how the first 6 months have gone.

1. My customers told me to!

When I’d spoken with customers about the strategic initiatives they’ve been working on, the conversation almost always started with them telling me about their back-end microservices and APIs, often because of major limitations that were holding them back. A few times I heard, “George, the business has given our technology group a problem statement and asked us to solve for it, but we can’t because of existing technical debt, heaps of custom code, and the limitations of REST.” I made the connection that Apollo is the only platform on the planet that can manage and secure the full lifecycle of APIs and GraphQL from start to finish, and if I’m being honest, my gut was already telling me Apollo was where I needed to go.

I had a memorable discussion with a VP of Engineering at an unnamed Fortune 500 company. He oversees his company’s Graph and what he said stuck with me, “I’ve been with my company for 18 years and in that time we’ve thrown away code and completely re-platformed at least 3 times. In the past 5 years which layer has had Durability? Not the front end which we re-wrote every 2 or 3 years, and not even our services API’s which we moved to the cloud and modernize frequently. Which layer has Durability? It’s been our Graph — it’s naturally growing and evolving, and it’s clear that it’s here to stay.”

Every enterprise company on the planet develops software. That software then touches every one of your customers and employees; it is your brand and it matters. Throughout Apollo’s interview process it was clear to me that this was a company that understood the significance and responsibility of this (more than any company I’ve ever talked to.) I made a joke to my wife that “If software is eating the world then Apollo is starting to look like a friendlier version of Jaws.”

4. The world’s largest brands use Apollo

Companies like Walmart, eBay, Netflix, and PayPal don’t add a critical infrastructure layer without doing some serious due diligence. At PayPal specifically, they needed to innovate faster on their payment platform and improve the overall user experience. Legacy REST infrastructure was inadequate to meet their goals. Mark Stuart, Director of Engineering with PayPal put it perfectly, “We found that UI developers were spending less than one-third of their time actually building UI. The remainder of that time was spent figuring out where and how to fetch data, filtering/mapping over that data, and orchestrating API calls.”

5. Backed by the Best

In August 2021, Apollo raised a $130M Series D round from some of the very best in the business: Insight Ventures and existing long-time investor, Andreessen Horowitz. This new round is an exciting milestone for Apollo, now valued at over $1.5B. That’s a 10X jump in valuation since I’ve joined with a line of sight to our next 10X growth.

What happened after 6 months at Apollo?

1. I learned what Apollo’s customers are really doing with the Graph and it’s mind blowing

It’s even better than I thought. We landed new logos with great companies like eBay, Warner Media, and Pinterest. Customer retention is over 190%! Those using the Graph are expanding, and quickly. It’s becoming more and more clear that every company that builds software will need a Graph. Network effects are already developing as companies want their vendors on their Graph. This is the sort of thing that makes selling fun for me.

On my end, I got to work with great companies like eBay, Hy-Vee, Mastery Logistics, and more. eBay’s Velocity Initiative is purely focused on increasing developer velocity while also increasing the quality of mobile-first digital experiences. In 2021 they had a “technology-led re-imagination of their stack”. The North Star of the Velocity Initiative is to increase the amount of value they’re able to deliver to their customers (all 185M buyers and 19M sellers). Apollo and the Graph is a new strategic layer of their infrastructure, and ultimately will help them deliver on those value and speed-based business outcomes.

Before I joined, I knew Apollo was growing, and fast. I knew there was going to be a ton of opportunity for my own career growth at a company scaling this quickly. I was given realistic expectations as an Account Executive, and under the insightful leadership of Rachel Hammond, Jim McCracken, and John Siebert, I was given every opportunity to succeed and grow into the Director role. I now lead Sales for our Central US Region (And I am hiring!)

Conclusion: What you see is what you get

Six months in and I can say with confidence that the future is extremely bright here at Apollo! The trajectory we’re on is something any salesperson would be excited to be a part of. I am thrilled about the company and wanted to share my experience and process with others who might be interested in knowing more about my Unicorn Company Selection Process, it’s the same formula I used to pick my last 3 start-ups (Okta, Box, and Vontu which have all found their way quickly into the Public markets.)

If you’re curious and want to know more about what Apollo does, reach out to us. If you are a customer or a prospective customer, thank you for entrusting Apollo with your business — this is only the beginning. Lastly, if you’re a prospective colleague, come join us; what are you waiting for?