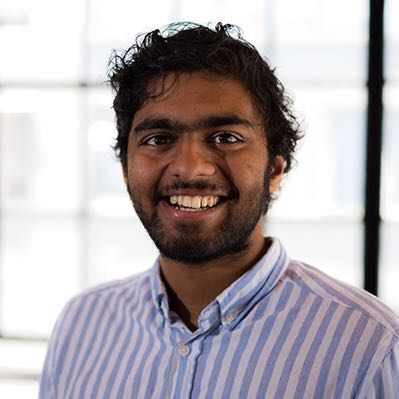 Josh joined the infrastructure team this summer where he took on the role as our primary site reliability engineer. He worked on making terraform easier to use internally and created a database migration tool that allowed Apollo engineers to seamlessly roll out new database changes. Not only did he work on internal developer tools, but he also got exposure to our on-call rotation and was on the front line of defense against outages! Before joining Apollo, Josh didn’t know what an SRE was, but after experiencing this new role first hand, he discovered a passion for building infrastructure that not only works, but is also reliable! After enjoying his internship so much, Josh decided to continue his internship into the fall! You go, Josh!

I was pre-med until junior year and then I decided to do HackMIT with friends and didn’t know how to code at all. I just watched my friends and did research and computational stuff. I then became more interested in computer science and started tinkering with things and then joined Battlecode and decided not to go through med school anymore.

I wanted something smaller than Amazon. At amazon I felt like I didn’t have a lot of responsibility and felt like contributions were not necessary and there wasn’t much room for growth. You guys seemed really nice and at Apollo there was a lot of room for growth. I was given a lot of responsibility and ownership and have had a lot of fun at the same time. I’ve been given the opportunity to wear different hats and I really enjoy that.

I haven’t really worked on commercial projects since I took on more of an SRE role here. But there are lot of things that I learned and there are a lot of things I wish I did more as an SRE. It leads to my end goals of what I want to be in 5 years. It’s completely new instead of just pushing out product features!

I think channeling an SRE mindset was a challenge because I don’t normally think that way. I usually think on a high level but as an SRE you have to think on a lower level. In the past getting something to work was my main goal, but as an SRE my goal was to get things to work AND be reliable altogether. I think this challenge was easier to overcome when other people on the team also have an SRE mindset.

The entire SRE field is new to me. I just really enjoy it and I had a lot of fun. Regardless of what I’m working on I really enjoy it. I also didn’t user Terraform before but now I think it’s really fun!

I was really surprised by how flexible people are at work. If you want to help or watch they would be okay with you jumping in! It’s really nice that as an intern I could still jump in and help at anytime. Another surprising thing is that on call is something that I weirdly really like because it makes me feel needed.