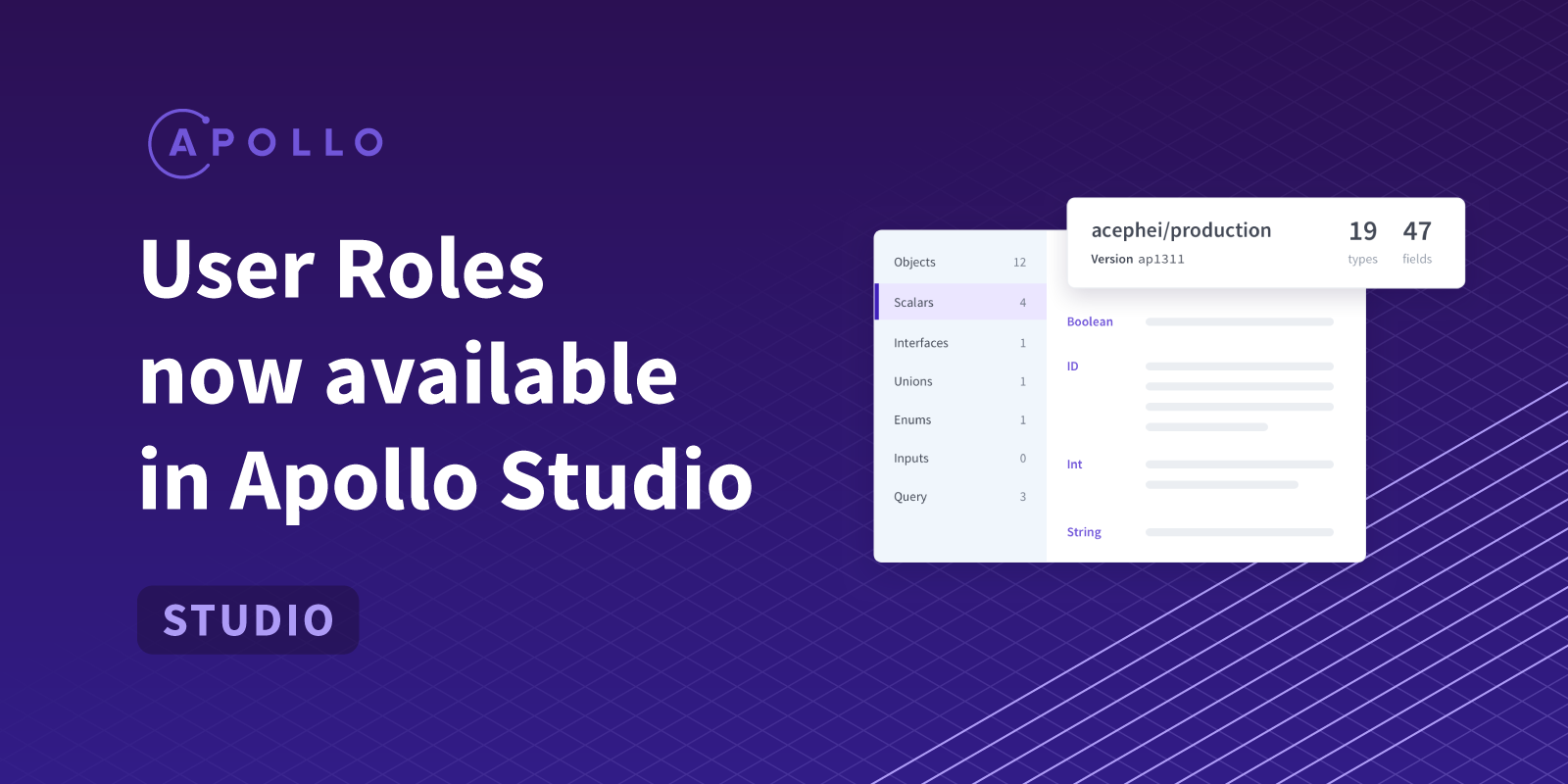 tldr; at the request of many (and just because we really needed it), you can now assign specific roles to members of your organization in Studio on paid accounts. Please email support@apollographql.com if you’re interested.

For years, every user in every organization in Studio has been able to operate with full admin privileges, by default. While we’ve enjoyed the days of small teams and extended trust, it’s time to get a bit more serious. Studio is at the point where organization admins need control over what permissions their users have. We’ve heard your calls and have answered. We can now turn on roles access for paid accounts on request (email support@apollographql.com if you’re interested). Organization admins can now assign one of these five roles to each member of their account:

Ther full user permissions table can be found in our documentation for user roles.

Roles are currently only available at the organization level, but we have it in our sights to introduce them to graphs as well, sooner rather than later. We’d appreciate any and all feedback you may have for us on these five roles and what you need from permissions control in general in Studio 📬. Thanks for coming on this journey with us! We look forward to hearing from you. As always, happy querying.