Now that our project and tools are set up, we can start composing our supergraph schema with Apollo Studio.

Whenever composition succeeds, Apollo pushes an updated supergraph schema to Apollo Uplink, a special endpoint that routers use to fetch their configuration:

Whenever an update is available, the router downloads it and automatically begins using the new supergraph schema, without requiring a restart.

We strongly recommended managed federation for reducing downtime in your production supergraph. Let's set it up!

Let's return to our router project. We can now use Rover's subgraph publish command to register our subgraph schemas with Apollo.

Run the following from your project directory, substituting your Studio graph's graph ref where indicated:

A graph ref uniquely identifies a particular variant of a particular registered graph in Apollo Studio. Every graph ref is a string with the following format:

If you open your graph's README page in Apollo Studio, its graph ref is displayed as the top-level header of the page:

Every Studio graph is initially created with a single variant named current.

Nice! If you open your graph's details in Studio now, you'll see types and fields from our locations subgraph listed in the Schema tab: 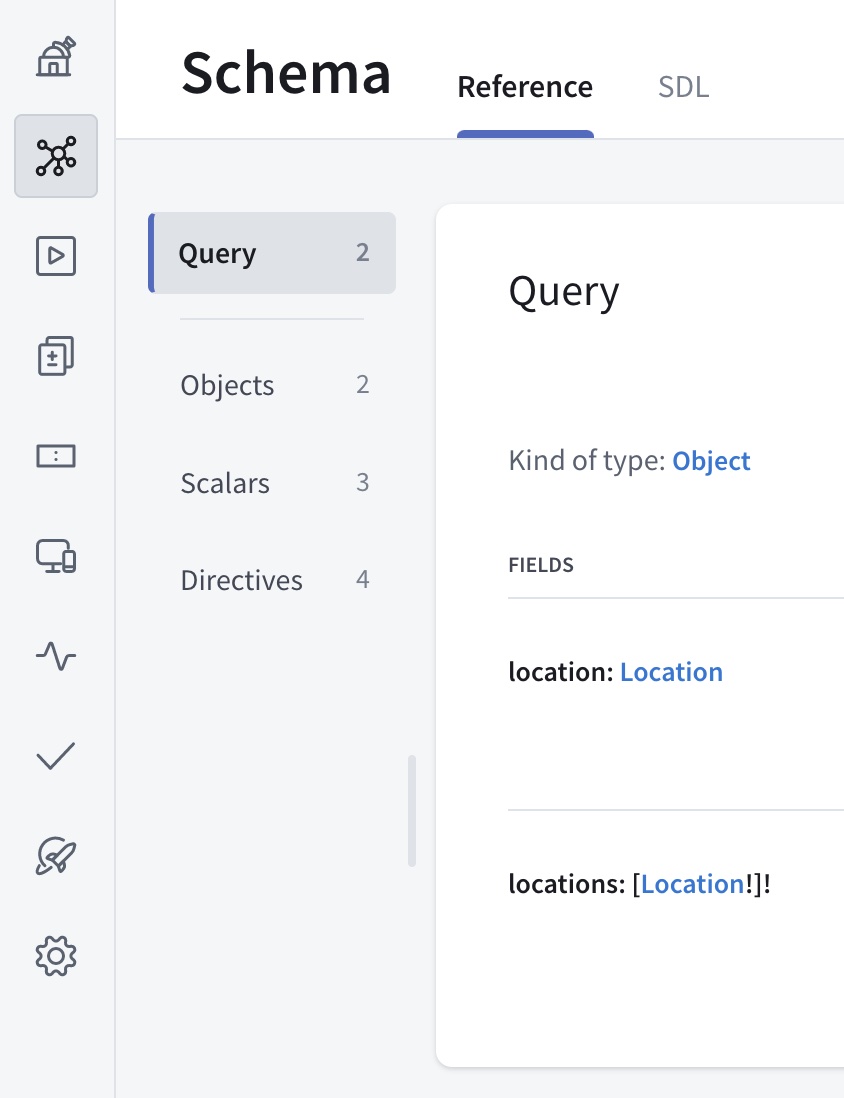 Now, let's do the same thing for our reviews subgraph, again substituting your graph ref where indicated:

If you refresh the Schema tab in Studio, you'll now see types and fields from our reviews service as well.

Now that we've published our subgraph schemas, Apollo Studio automatically composes them into a supergraph schema! However, our router doesn't know how to fetch that schema from Apollo. We'll tackle that next.

2. Authenticate the router with Apollo Studio

It's time to enable our router to fetch its supergraph schema from Apollo. To do that, we'll need a graph API key that we set as the value of an environment variable. 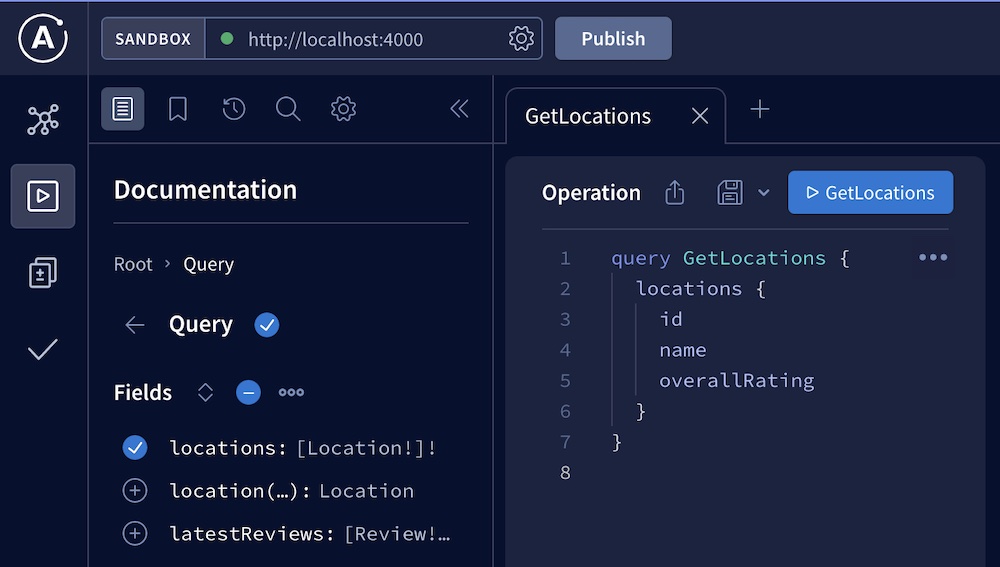 While we're here, try executing some test queries against the supergraph!

Nice work! We've registered two subgraph schemas with Apollo, and we have a graph router that then fetches the composed supergraph schema.

Next, let's look at how to use the Rover CLI to compose a supergraph schema locally or in a CI environment. Go to part 3.