A guide to authentication in GraphQL 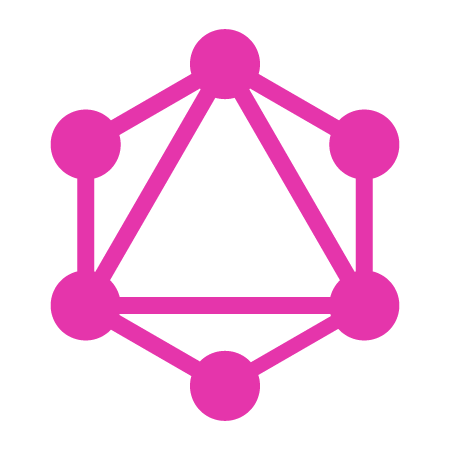 Note: If you’re not yet familiar with GraphQL, take a look at my other post first and come back later — you’ll get more out of it.

Update 2018: This post is from early 2016. Check out the best practices we recommend for authentication and authorization.

In this post, I want to talk about how you might go about authentication and authorization when using GraphQL. The examples I’m giving work for graphql-js, Facebook’s reference implementation, but they are quite generic and could be adapted to other implementations as well.

Before we get started, let’s make sure we’re all on the same page when it comes to the terms I’ll be using:

Authentication means checking the identity of the user making a request.

Authorization refers to the set of rules that is applied to determine what a user is allowed to see / do.

The GraphQL specification doesn’t tell you how to do authentication or authorization. That’s a good thing because it lets you use any technology you like, but it can be a bit confusing to developers who are new to GraphQL. For the rest of this post, I will write my thoughts on the topic so far and show a few options for authentication and authorization. GraphQL is still relatively new, so a best practice has yet to emerge. I don’t claim to have all the answers, so if you have a different idea or a different opinion, feel free to share that in the comments so we can all learn together!

Unless your GraphQL API is completely public, your server will need to authenticate its users. Your options are twofold:

Both of these options have some advantages and some disadvantages.

If you do authentication in the web server, you can use a standard auth package (e.g. passport.js for express) and many existing authentication methods will work out of the box. You can also add and remove methods at your liking without modifying the GraphQL schema.

However, doing authentication in the web server has the downside of requiring the client to speak to an authentication endpoint in addition to the GraphQL endpoint.

Let’s start with the first option: doing authentication in the web server. What would that look like?

It’s quite straight forward. If you’re using express for example, you could use a middleware like passport.js and any authentication strategy it supports, for example username+password, or OAuth. The middleware will authenticate the user or reject/redirect the request if it fails. You’ll have to provide the requisite methods for persisting users and expose the login endpoints, but I’ll spare you the details — if you need them, you can look them up in the middleware’s documentation.

Once the user is authenticated, you simply pass the user information into GraphQL as context. If you were using express, graphql-js and passport.js, that would look something like this:

And voila, you now have access to the user object in the GraphQL resolver!

Alright, now let’s look at the second option: doing authentication in GraphQL. What would that look like?

A word of caution here: If you’re implementing authentication yourself, make sure to never store passwords in clear text or a MD5 or SHA-256 hash. Use something like bcrypt that is designed for this kind of thing. While we’re at it, make sure to not store your session tokens as-is on the server, you should hash them first.

Here, things get a little bit more complicated, because you have to do more of the heavy lifting yourself. To keep it at least reasonably simple, let’s go with usernames and passwords in this example. So an authentication flow could look like this:

First you get a session token (so your client doesn’t have to store the username and password in cleartext):

Then you pass this token in subsequent requests:

When your session is over, you can call a logout mutation which invalidates the session token.

On the surface, this looks quite reasonable, but it has some downsides:

That looks bad enough, but if you need the token further down, it gets even worse. If your resolver returns a GraphQLList type, you’ll have to add the token to every item in that list.

Luckily, there’s a slightly better way in graphql-js: You can set the token on the context that every resolver receives as its third argument:

If you are doing multiple queries, you will still have to pass the token into each one, because they get executed in parallel. In that case, writing to the context is also not a great idea any more. There is however a neat trick — or an awful hack, depending on who you ask — you can use, but it only works for mutations:

You can write a login method, which sets the context. Since mutations are executed one after the other and not in parallel, you can be sure the context is set after the login mutation:

I’ll let you in on a secret here, but please don’t shoot yourself in the foot with it: There is no difference between mutations and queries, except that mutations are executed serially, in the order given. That means the second mutation has to wait for the first to finish, the third has to wait for the second to finish, and so on. But there is nothing that prevents you from mutating state in your queries, and there is nothing that prevents you from calling a query a mutation.

That said, I would not recommend calling everything a mutation just to use the above trick. Parallel execution is an important for performance.

That’s all for now. Originally I was planning to write about authentication and authorization in the same post, but it was getting a little long so I decided to break it up. If you liked this post, make sure to also read Part 2!

I’m also working towards a complete example app to showcase all language features of GraphQL and how to use them in practice. It will include authentication and authorization as well as a bunch of other things. I‘m looking for collaborators on that, so if you’re interested, do let me know. The more, the merrier!

As always, discussion and feedback is very welcome. Just leave your comments below!