Using GraphQL with Ruby on Rails 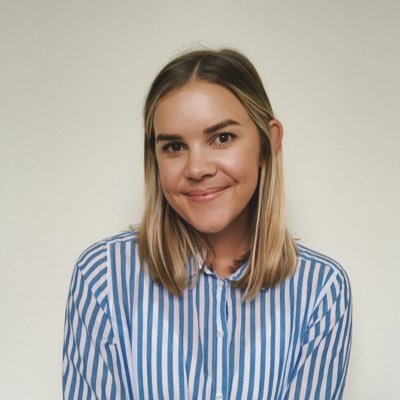 Objective: Learn how to create a new project with Ruby on Rails and GraphQL while setting it up to use React and Apollo. The focus is on getting the API running and executing a query.

Ruby on Rails is an MVC (model, view, controller) framework that you can use to build web applications using the Ruby programming language. GraphQL is a declarative query language and server-side runtime that makes it easier for frontend developers to perform data fetching. Now, how can you use them together?

In this post, we’re going to recap the basics of Ruby on Rails, GraphQL, and then demonstrate how to build and query a Rails-GraphQL API.

Basics of Ruby on Rails

Since the release of Ruby on Rails (RoR or simply “Rails”) in 2004, there have been hundreds of thousands of web applications using the framework. You’ve probably been using a handful of applications that are built with Ruby on Rails: GitHub, Shopify, Airbnb, Twitch, Bloomberg, ConvertKit, and Soundcloud to name a few. It is open-source software that prides itself on following “The Rails Doctrine” or “The Rails Way” when programming. The most popular being: optimize for programmer happiness and convention over configuration.

Rails is a framework written in Ruby with the goal to spend more time writing code and less time setting up config files. It unites Ruby with HTML, JavaScript, and CSS to create a web application that operates on a web server. Generally, it is a server-side web application. With its minimal syntax and many gems, it allows you to quickly create and share software projects.

However, Rails is an opinionated framework. It assumes and guides you in the “best way” of doing something. If you follow the “Rails way” you might find your development time productivity-increasing if you can adapt to its ways.

GraphQL is known to be neither the frontend nor the backend but rather the language spoken between the two to exchange information. It’s designed to make APIs fast, flexible, and developer-friendly. As an alternative to REST, GraphQL allows us to pull data from multiple data sources from only a single API call. Two ways of interaction with a database using GraphQL are with queries and mutations.

Since GraphQL is language-independent, we can use the Ruby gem “graphql” to create a project. This helps with a specific file structure and certain command-line tools to add GraphQL functionality in our Rails API.

Learn more about GraphQL in “What is GraphQL? GraphQL introduction.”

Here’s how we are going to do it:

Set up a new rails project

For this project, let’s make a small Taylor Swift API or should we call it “TAY-PI” that has a few of her Red (Taylor’s Version) album songs. We will have an artist with items. We’ll dive more into that relationship on the Rails side in a bit. But first, let’s create the project.

If you don’t already have rails installed on your machine, let’s add that first by running the following command in your console.

Next, we want to create a new rails project. Run the following command in your console and feel free to leave out any of the --skip flags, but none of them will be used for this project. Keep in mind testing is important! But we will not be going over it in this tutorial.

Navigate or cd into your new project repo and open the project in a code editor. Next, let’s make some models. Remember, these are Ruby classes that talk with the database and validate the data. We will create models for Artist and Item. An artist (Taylor Swift) can have many items and represents the user who can manage the items. An item does not have more than one artist (for now) and it will describe an entity (the song).

To generate these two models, run the following 2 lines separately in your console.

To add the relationship between the artist and the items, navigate to the app/models/artist.rb file and add has_many :items, dependent: :destroy

We will need some pre-generated data to work with and render to our page. In the db/seeds/rb file add the following contents and save the file.

To Initialize the database run the following command in your console:

RECAP: What have we done so far in our Ruby on Rails and GraphQL project? We generated our Rails API. Now let’s add GraphQL and write our first query.

Adding GraphQL to a Ruby on Rails Project

To create our Rails-GraphQL API, let’s use a ruby gem called graphql-ruby. It will add many files to our project. It will add a lot of files that will help run our project. To add the gem, run the following line in your console followed by the generator.

A Rails generator is used for automating the process of creating files with boilerplate code. It creates and updates files based on templates, etc.

Let’s poke around in the files and see what we got! Check out the schema file, taypi_schema.rb. This is where it declares where all the queries should go and set up mutations.

To learn more about the similarities and differences between queries and mutations, check out this article: “GraphQL Mutation vs Query - When to use a GraphQL Mutation”

Let’s get this app running. Look at the config/routes.rb file. The generator is very helpful here! It is mounting graphiql::Rails::Engine for us. This allows us to test queries and mutation using the handy web interface, GraphiQL. Think of it as building out documentation and a fun place to test out your queries on the web.

Alternatively, you can use the Apollo Studio Explorer. It’s Apollo’s web IDE for creating, running, and managing your GraphQL operations.

We are going to add more information to our TAY-PI so we can write our first GraphQL query in our Rails project.

We’re going to remove some of the example content and add a field called :items in the query_type.rb file, so we can get all the items returned. Notice the new items method added here. Each field type contains a name (items), a result type/options ([Types::ItemType], and :null is required and set to true or false. The description is optional but good to have since it helps with documentation.

We now want to generate the ItemType using the GraphQL Ruby gem. In your console, enter the following command.

Now we need to update the types/item_type.rb file to include the fields that have a type and nullable option.

You might be thinking, how does this all work? It looks for the method with the same name defined in the class time (thanks rails magic!) Now let’s do the same thing, but for the ArtistType.

In your console, enter the following command:

We now have enough code to start your rails server. Run rails s in your console and open up GraphiQL: http://localhost:3000/graphiql in your web browser. In GraphiQL run the following query. We can type in a query to run with the data we added to our db/seeds file and get a response back.

Wait, how is Rails doing all this? Let’s look at the logs in your rails server console:

The GraphQL gem created the GraphqlController for us. It is where requests are sent to. Within this file, you can see that the execute method/action does a lot of work for us.

We did a GraphQL query with Ruby on Rails! We are now fetching artists/users along with items.

We did it! We created a new Ruby on Rails project using the graphql-ruby gem. We then configured our first GraphQL query that fetches data for our Taylor Swift API aka TAY-PI. Our TAY-PI can be expanded and is flexible enough to add more data when needed. Next, we can explore mutations with a Ruby on Rails project to make it more advanced and to take it a step further. To start your frontend work with React and Apollo check out this article, Get Started with Apollo Client.

Since GraphQL is non-language dependent, it allows different types of projects to have the ability to use it, and it’s especially fun with Ruby on Rails!