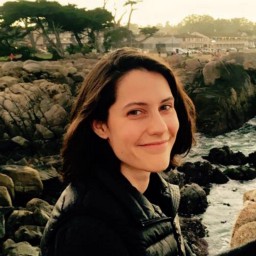 In just the last year, GraphQL has gone from an open source curiosity to a mainstream technology for professional app developers. Companies like GitHub, Shopify, and Yelp have launched public GraphQL APIs, and even large enterprises have standardized their app development around it. Summit is the answer to your GraphQL FOMO: it’s the best place to learn how companies are using GraphQL in production, check out the future of the technology, and meet the friendly community working to support and advance it.

New to GraphQL? Get started by reading the docs, understanding the value proposition, and doing a tutorial to join a growing number of GraphQL users.

We’re anticipating over 700 attendees this year, including developers from the companies and open source projects leading the GraphQL community today. Summit will feature a single track of technical talks over a full two days, covering everything from GraphQL fundamentals to advanced implementation topics. This year, we’re also including a paid workshop day on October 24th (details TBA) and a kick-off party on October 25th at Bespoke, our conference venue.

Here’s our speaker lineup so far, with names you may recognize from the GraphQL and React communities:

Now that the call for submissions is officially closed, we’ll be working with our conference selection committee on filling out the rest of the schedule with high quality talks.

PS: A huge thanks to all who submitted this year! We received over three times the proposals we did for GraphQL Summit 2016, and we can’t wait to read them all. We’ll be in touch soon. 🙏

In the coming weeks, we’ll announce the rest of the speakers, talk abstracts, a formal agenda, AND some time-sensitive opportunities to snag discounted tickets. Make sure to follow @graphqlsummit on Twitter to catch them all!

Once you’ve bought your ticket (or if you just want to hang), you can connect with other attendees ahead of the conference in the #graphqlsummit channel on Apollo Slack.

If you have any questions about the conference or would like to ask about sponsorships and partnerships, give the GraphQL Summit team a holler at summit@graphql.com.