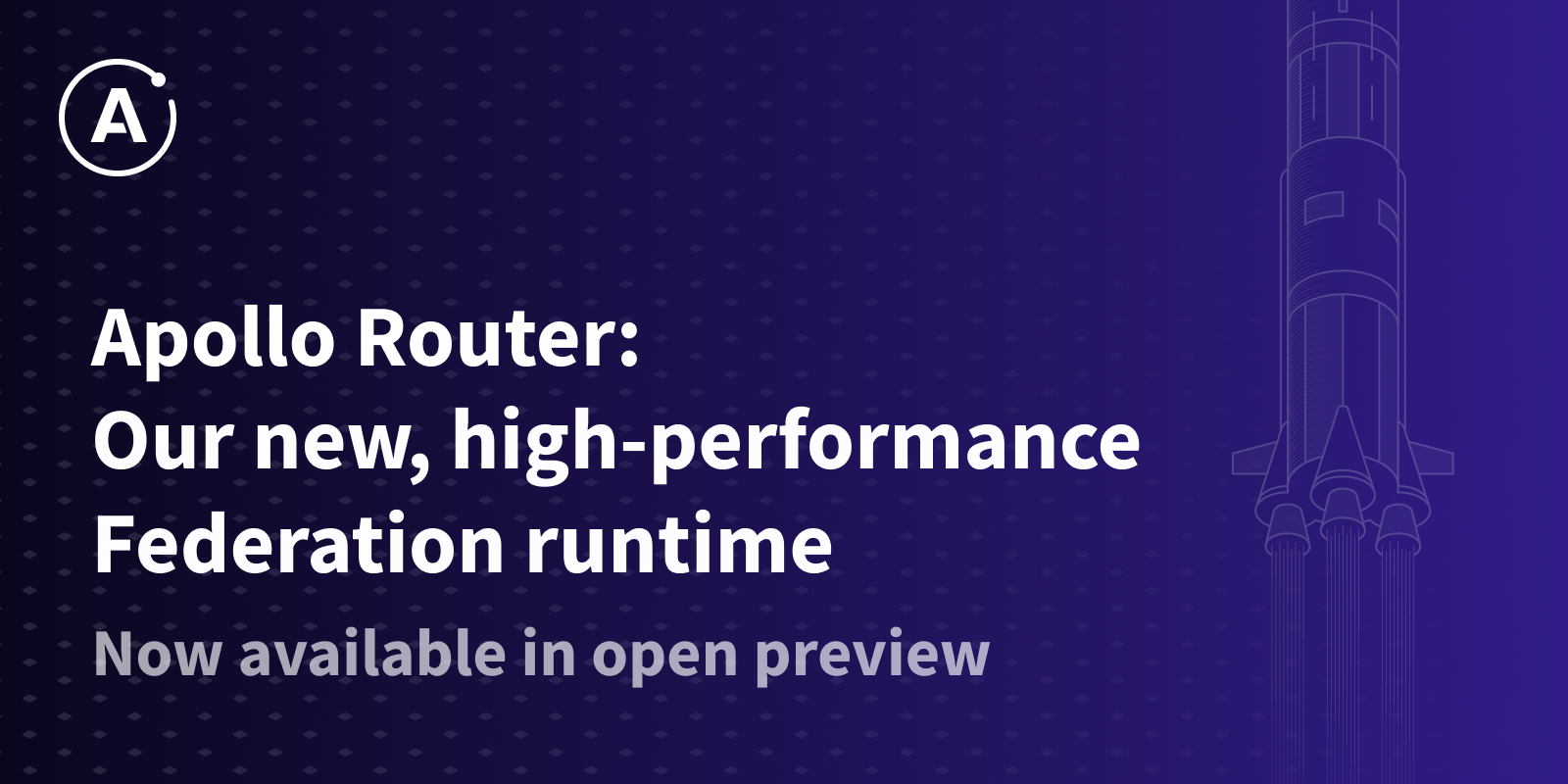 At last year’s GraphQL Summit we announced the alpha release of Apollo Router for the first time – our new, high-performance Federation runtime written in Rust. Today, we’re excited to bring Apollo Router out of Alpha and into an open preview!

What does the Apollo Router preview mean for you?

If you’re currently running a federated supergraph with Apollo Gateway, Apollo Router gives you a leaner, high-performance runtime option for Federation (both Federation 1 and Federation 2!). Here are a few things to know about the preview release:

You may be wondering, “how do I get started with Apollo Router?” Good news! Unlike Apollo Gateway, Apollo Router is a standalone binary that’s purpose-built for running federated schemas, so it’s easy to deploy and scale. There are just three steps to get started:

It’s that easy! For the full quickstart guide including downloads and detailed instructions, check out our docs.

Using our example is a great way to get started, but if you’ve ever run a supergraph in production with Apollo Gateway, you may have encountered a  common challenge: how do you extend your gateway to meet your specific needs. The Gateway has a well-documented extensibility model, but you need to know node.js to take full advantage of it.

However, we know that not every use case can be covered with pre-built customizations, so Router also supports lightweight Rhai scripting. When YAML configuration is insufficient, Rhai scripting allows you to make programmatic customizations without requiring you to recompile the router with a custom Rust plugin.

We’re so excited to have the GraphQL community get their hands on the Apollo Router preview release! It’s going to be a game-changer for building high-performance supergraphs that power the world’s most cutting-edge and creative applications.

When you’re using the preview, please don’t hesitate to drop us your questions and feedback in the Apollo Router GitHub discussion – it will help us put the final touches on Apollo Router before our GA release 🚀