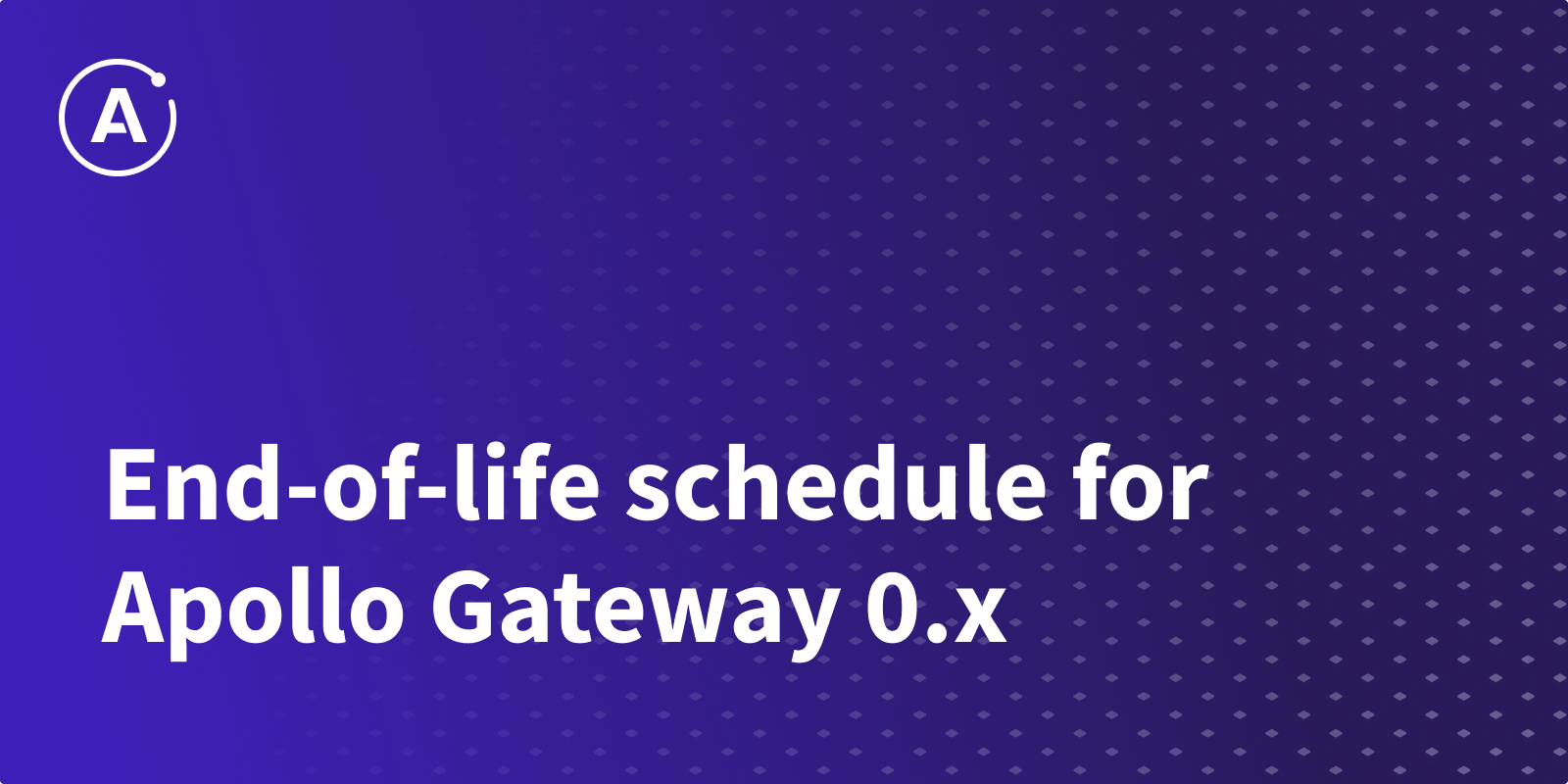 We recommend migrating to Apollo Router today for its significant performance gains and capabilities. Apollo Router 1.x is the re-platforming of the Gateway offering 10x better performance, enhanced security, and many built-in capabilities like cors, logging, telemetry, and traffic shaping that can be configured declaratively with YAML rather than with Javascript code. Optionally, the Router can be customized with Rhai scripts and native Rust plugins for advanced use cases. Our roadmap for the router includes new features like entity-based @defer support (now in preview), live queries, authorization, caching, demand control, and much more.

If you are unable to migrate to the Router, Apollo Gateway 2.x is a drop-in upgrade from Gateway 0.x. Plugins and middleware written for 0.x will work unmodified in Gateway 2.x. Most future feature development will be focused on Apollo Router, so we would love to understand any obstacles you encounter migrating to it. Please open a discussion on GitHub if you need general help or open an issue if you have any troubles!