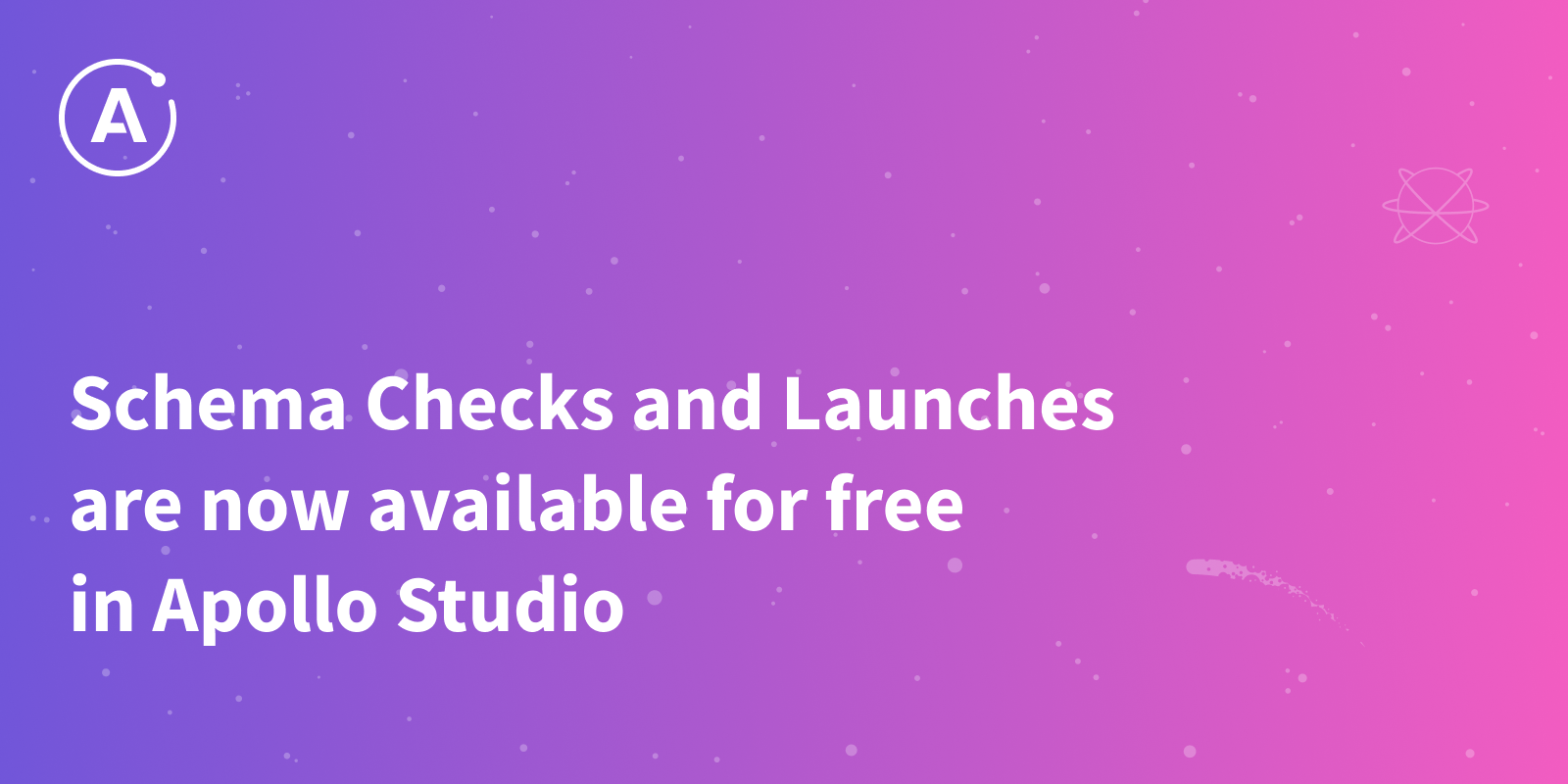 Today, we’re updating Apollo Studio to make its supergraph delivery pipeline, including Schema Checks and Launches, available for anyone to use for free.

With Federation and Router, anyone can build and run a supergraph. But the needs of your users evolve rapidly, and like any other layer of your stack, your supergraph needs to evolve with them. That’s where Apollo Studio comes in.

The days of lockstep deployments are over. Teams need the ability to deploy changes many times a day without worrying about breaking production.

We built Apollo Studio’s delivery pipeline to help you evolve and iterate on your supergraph schema with speed and confidence. It’s a single source of truth that provides the automation, validation, and observability you need to deliver changes rapidly and safely. After building a supergraph and adopting a Studio’s delivery pipeline, RetailMeNot saw a 7X reduction in time spent deploying schema changes and eliminated production outages. Schema Checks and Launches are two core delivery features that make this possible.

Schema checks validate changes to your supergraph schema so that you can be confident that it’s ready for production. There are two types of schema checks that Apollo Studio runs for supergraphs: composition checks and operation checks.

One of the fantastic benefits of GraphQL that a supergraph inherits is that it’s versionless. But even without a version, it’s still extremely important to understand how your supergraph has evolved over time and if new changes are live. Launches in Apollo Studio are how you do that.

The Launches page in Apollo Studio gives you visibility into in-progress and past launches for your supergraph. It’s a dashboard that summarizes how launches over time have evolved your supergraph, helping you track when new changes are reflected in production and debug when something goes wrong.

The supergraph pipeline for everyone

Supergraphs are transformational for developers, and we believe that everyone should be able to start building one. To make that a reality, as of today Apollo Studio’s end-to-end delivery pipeline is now available to everyone.

If you don’t have a supergraph yet, check out this post to learn about Apollo’s supergraph stack and how to get started!