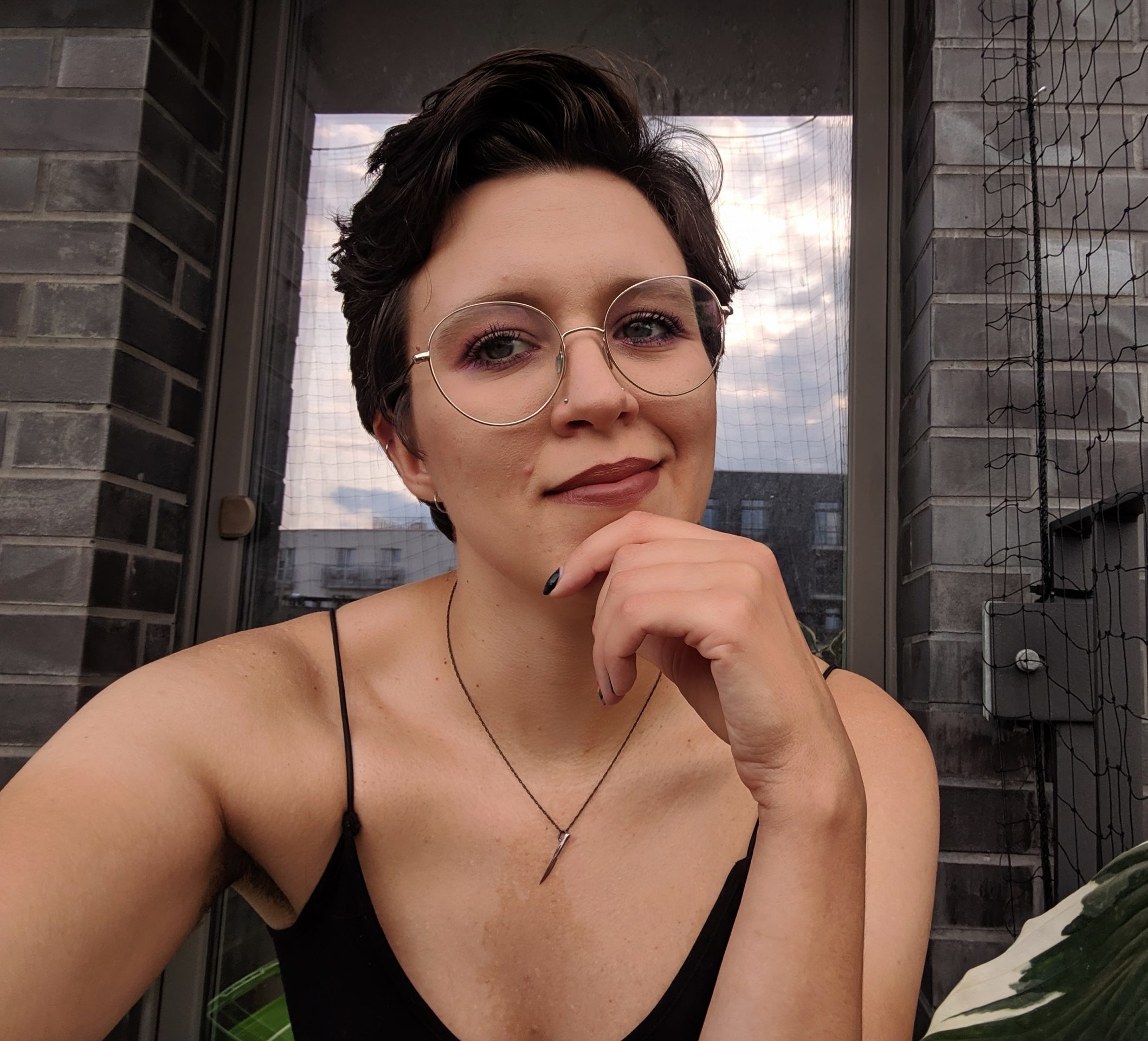 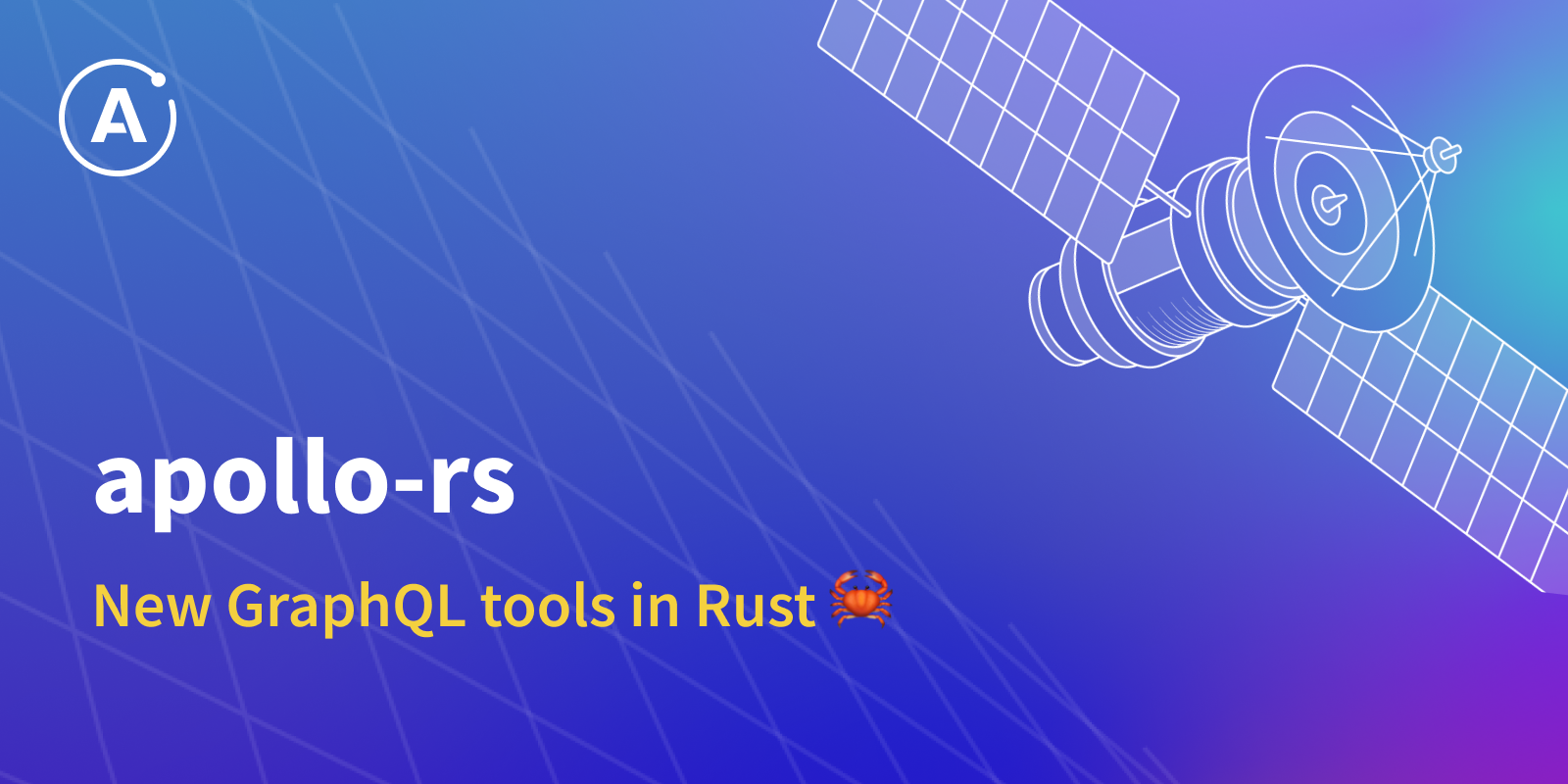 At Apollo, we write tools that empower developers to operate graphs of all sizes safely and efficiently. To help us do this, we’ve started adopting Rust. Today, we’re pleased to announce apollo-rs: an open-source collection of spec-compliant tools for working with GraphQL in Rust.

Before we dive into details, here is a quick peek at what using apollo-parser is like today:

In this post, we’ll first cover why we’re building apollo-rs. Then, we’ll go through the architecture of apollo-parser. Finally, we’ll share the future of the apollo-rs collection.

Teams that rely on the Apollo Graph Platform are building graphs with thousands of types and fields. Over the past year, Apollo engineers have explored writing tooling and infrastructure in Rust to help developers run graph workloads of all sizes. This March, we revealed Rover — a new version of our command-line interface (CLI) written in Rust. While we loved our experience writing Rust, we learned we needed a reliable set of Rust “building blocks” that could enable us to compile multiple graphs together.

We evaluated existing GraphQL parsers written in Rust, but they didn’t meet our requirements. While building tooling for graph developers, we often find ourselves building implementations that operate on the graph in unique ways — for example, doing schema composition and query planning for Apollo Federation.

As we spin up more and more teams building in Rust, we want them to have a set of uniform interfaces which facilitate interoperability. We’re designing apollo-rs to be that library.

In fact, apollo-rs is created with a few design principles in mind:

While our needs may be different than the typical needs of GraphQL consumers, we still think offering a general purpose set of libraries that can support those more particular use-cases is important.

apollo-parser is the parser crate of apollo-rs. Its job is to take GraphQL queries or schemas as input and produce an Abstract Syntax Tree (AST). Users of apollo-parser can then programmatically traverse the AST to get information about their input.

There are three main components to apollo-parser: the lexer, the parser and the analyser. We’ve already written the lexer and the parser, and we are in the process of designing and building the analyser! Here is how the parsing pipeline currently works:

apollo-parser is a hand-written recursive-descent parser. This is a type of parser that starts from the top of a file and recursively walks its way down generating AST nodes along the way. This style of parser is common in industrial-strength compilers; for example, Clang and Rustc use this style of parsing. In particular, recursive-descent parsers make it easier to output helpful diagnostics. They perform well and they’re easier to maintain.

We didn’t start this project off as parser experts; rather, we’re standing on the shoulders of giants. In particular, we want to thank Aleksey Kladov, of the Rust-Analyzer project. Gems such as “Simple but powerful Pratt Parsing” have been a guiding beacon when designing our parser.

Let’s talk about the individual parts that make up apollo-parser next: the lexer, the parser and the analyser.

The lexer’s main responsibility is to create tokens from the input stream it receives. The input stream for us is schema definition language (SDL). When encountering a ( or a 47, it creates LPAREN and INT tokens. It is also responsible for checking if the input is lexically correct and producing errors if it’s not. We designed the lexer to be error resilient. This means the lexer never fails! When encountering an error during lexing, instead of exiting early and returning only the error, we return all valid tokens alongside the error that occurs.This sets up apollo-parser with room to produce useful diagnostics for users.

Our lexer returns a vector of tokens, and a vector of errors. If no errors were returned, we can be sure that our input program is lexically valid. That is to say: we’re sure there are no invalid tokens in our input. That’s one less thing to worry about!

The next step in our parsing pipeline is the parser. The parser’s job is to take the tokens produced by the lexer and create nodes with information and relationships that in the end make up a syntax tree. Much like with the lexer, the parser is error resilient. Syntactic errors, such as a missing Name in a ScalarDefinition, are added to parser’s error vector while the parser carries on parsing.

We first create an untyped syntax tree when we manually parse incoming tokens. This tree is stored with the help of rowan crate, a really quite excellent library written by the rust-analyzer team. rowan creates a Red/Green tree, which is an efficient way of representing ASTs that can be updated over time. This is a common technique used in many modern compilers such as Rust-Analyzer and the Swift compiler.

The untyped tree stores information about the nodes, such as the token’s data and its relationship to other tokens in the tree, but not Rust type data; that comes later. We build the tree as we walk down the list of tokens. This is, for example, how we build the tree for a ScalarTypeDefinition:

The parser for the scalar is built something like this:

Once the incoming token stream is done parsing, we create a typed syntax tree, which is the basis of the parser’s API.

The accessor methods to the typed tree are generated using ungrammar crate, another great Rust-Analyzer Team Original(TM). Ungrammar is a domain-specific language (DSL) that allows us to specify the shape of our syntax tree. If you’re interested to learn more about this crate’s design, you can read about it in this post.

So, how do we actually specify what our syntax tree should look like? Here is a small example of how we do it for ScalarTypeDefinition:

Given this definition, we can then generate a struct with applicable accessor methods for Description, scalar token, Name and Directives:

Here is what it looks like to walk a ScalarDefinition and get its Name from the syntax tree using the above name() accessor method:

And that’s what we have today! So, what comes after this?

What’s next: A semantic analyser

You might have noticed that the Nodes API returns Option<Name>, rather than just Name. That’s because we’re not yet sure if our Nodes are all correct, and still need to run our nodes through semantic analysis before we can return just Name. This is the next thing we will be working on.

Not only do we want lexically and syntactically correct programs, but we also want semantically valid programs. Let’s say our schema consists only of the following:

We can see that NamedEntity is nowhere to be seen, which makes this schema semantically incorrect. This should be reflected in the error messaging:

Aside from correctly identifying issues in the code, we intend to write an API on top of the model that semantic analysis will produce. This will allow for more efficient schema querying and provide easily accessible information about things like queries, types and their subtypes, mutations, and directives. We’d like this API to answer questions like “where is a given directive being used”, “what are the dependencies of a given type”, and “what is the type that this field returns”.

As you might’ve noticed from the previous sections, we’ve put a lot of work in making sure that we don’t fail the parser if it encounters an error. Whether something’s invalid, missing, or perhaps just in the wrong place, we want to share this information back with the users. Errors, warnings, hints, and suggestions provided by a compiler are what we collectively refer to as “diagnostics”.

This is something we’re still working on, but we’ve got the foundation in place! To give you an example of what we mean; take this schema, for example:

Say we tried copying it over by hand, and accidentally forgot to give it a name. We might end up with this:

Not only do we want the parser to let us know we have an error, but we’d also like the parser to tell us what went wrong, where it went wrong, and possibly even tell us how we can fix it. And with apollo-parser, we have all the information needed to create those kinds of errors. If we look at what the parser returns today, we can see this in action:

Because our parser is resilient to errors, we keep going even after realizing we’re missing a name. And because our parser is lossless (i.e. we keep all user input), all of the original input is included. Put together, this is enough information to create helpful diagnostics.

In this post we introduced apollo-rs, a collection of GraphQL tools in Rust, and shared an early look at one of its components, apollo-parser. We’ve described the reasons for building it, covered the various stages of the parser, and shown how its properties allow us to generate helpful diagnostics.

You can find the project on GitHub. I’m very excited to finally be able to share this project with the world, and hope you found it interesting to dive into it with me!

If building Rust tooling for the graph ecosystem sounds exciting, I hope you’ll consider joining us! We have several Rust engineering positions open now, with even more to come.

Irina is a Copenhagen-via-Berlin-via-London-via-Vancouver Sr. Staff Engineer at Apollo writing rust. She has given talks at conferences around the world about her various adventures in the world of programming, including JSConfAU, NodeFest Tokyo and RustConf. Outside of writing code in the code editor, she makes zines (“A Smol Zine on Rust + Wasm”, “A Smol Reference, and a Few Pointers on Deref, AsRef and Borrow”, “Asynchronous Programming in Rust”), pets her cats Chashu and Nori, and maintains (give or take) 45 house plants.