Layering GraphQL on top of REST 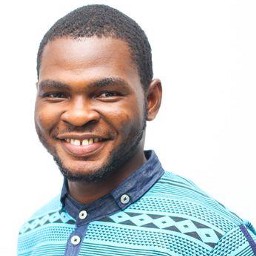 GraphQL is quickly replacing REST as the standard for which data is queried, fetched and transformed between the frontend and backend. And developers are looking to explore and reap its benefits in their brown-field projects.

The benefits of GraphQL are numerous, some of which are:

In our experience, the best way to integrate GraphQL into your product architecture is to deploy it as a layer between your apps and existing APIs.

GraphQL isn’t about throwing away existing infrastructure, but leveraging it to the fullest. Without much ado, I’ll show you to how to layer GraphQL over existing REST APIs and services.

Getting started with MVRP API

I’ll use the REST API of a Motor Vehicle Registration Information Portal, MVRD, as a case study. The API gives us access to the details of the cars that are registered immediately when they cross the borders into the country.

The REST API has two endpoints:

Check out the source code for the API if you’re interested in how it was built: Framework of choice — Lumen (A PHP micro-framework).apollographql/mvrpmvrp – REST API for Motor Vehicle Registration Portalgithub.com

This is a development approach for designing and building modern UIs that involves the frontend and backend teams agreeing on a schema first, which serves as a contract between the UI and the backend before any API engineering happens. Now, let’s construct a simple GraphQL schema that describes the shape of the data from the REST API.

When you are building your first GraphQL schema, there’s a huge temptation to create literal mappings on top of existing database collections or REST API data response fields. While this mapping may be a fast way to get up and running, we strongly suggest building the schema based on how the GraphQL API will be used by the front-end. This way, you can design a schema that reflects how frontend developers are querying it, without constraining yourself to the exact shape of data returned by your existing APIs.

The schema below establishes a contract that describes exactly how we should fetch data into our UI. Worthy of note are the two schema fields, vehicleStatus, and yearOfManufacture above that are named differently from the fields: status, and productionYear, returned from the REST API.

Our GraphQL schema reflects how it’s used on the user interface. Now, check out the Query fields:

The schema is ready. What next? How do we efficiently fetch data from the REST API endpoints using GraphQL?

When deploying GraphQL as a layer between your apps and existing APIs and services, Apollo Data Sources provide the best experience for fetching and caching data from REST endpoints. It’s a new pattern for loading data from a particular service, with built-in support for caching, deduplication, and error handling. Apollo Server serves as the GraphQL layer which ships with data sources out of the box!

Let me show you how straightforward the implementation is. Go ahead and install the apollo-datasource-rest package from npm.

Create a datasource.js file and extend the RESTDataSource class like so:

Let’s break down this code:

Note: Data Sources also allow you to intercept fetches to set headers, query parameters, or make other changes to the outgoing request. This is most often used for authorization or other common concerns that apply to all requests.

With data sources, the HTTP requests are automatically cached based on the caching headers returned in the response from the REST API. Partial Query Caching is unlocked — a design pattern that lets the GraphQL layer cache responses exposed by the underlying APIs and then assemble them into arbitrary query results without refetching from the server.

When using RESTDataSource, the caching depends on the Cache-Control header. However, you can override this default behavior by setting the cacheOptions and specify the time you want to cache user responses in your data source as shown below:

Apollo data sources guarantees that you don’t need to rewrite your caching logic when crafting a GraphQL layer on top of your existing APIs.

Note: Apollo Server uses an in memory cache by default, but you can configure it to use Memcached or Redis instead.

The resolver implementation for the Query fields are shown below:

The resolver functions in the example above call the methods that fetch data via the data source class and ensure that the vehicleStatus, and yearOfManufacture fields are part of the data response. Wait, dataSources as an argument, and dataSources.mvrpAPI show up in both methods? How? Where did they come from? Don’t fret, I’ll show you soon!

Go ahead and instantiate ApolloServer. Now, pass the MvrpAPI data source as an option to ApolloServer constructor in server.js:

On line 10, in the example above, the dataSources option is passed to the ApolloServer constructor and set with an instance of the MvrpAPI data source class. Apollo Server puts the data sources on the context for every request, so you can access them from your resolvers. It will also give your data sources access to the context.

The complete server.js file should look like this now:

Note: Alternatively, you can simply run it in the browser via https://apollographql-mvrp-graphql-server.glitch.me.

The next logical step is to deploy and monitor the app in production with Apollo Engine.

Note: You can build a client app to fetch and display data from our new GraphQL layer. Feeling lazy? I already built you a minimal React app for this example.

Building a universal GraphQL API on top of your existing REST APIs and backends allows you ship new features without writing new endpoints or waiting on backend changes. We’re eager to hear your input and learn from your experiences. Get in touch on Twitter or Apollo Slack if you’d like to help.