Apollo Workbench enables you to run a mocked version of any fully composing supergraph design on your local machine.

To start your mocked supergraph locally, click the triangular Play button that appears when hovering over the subgraphs row in the navigation panel: 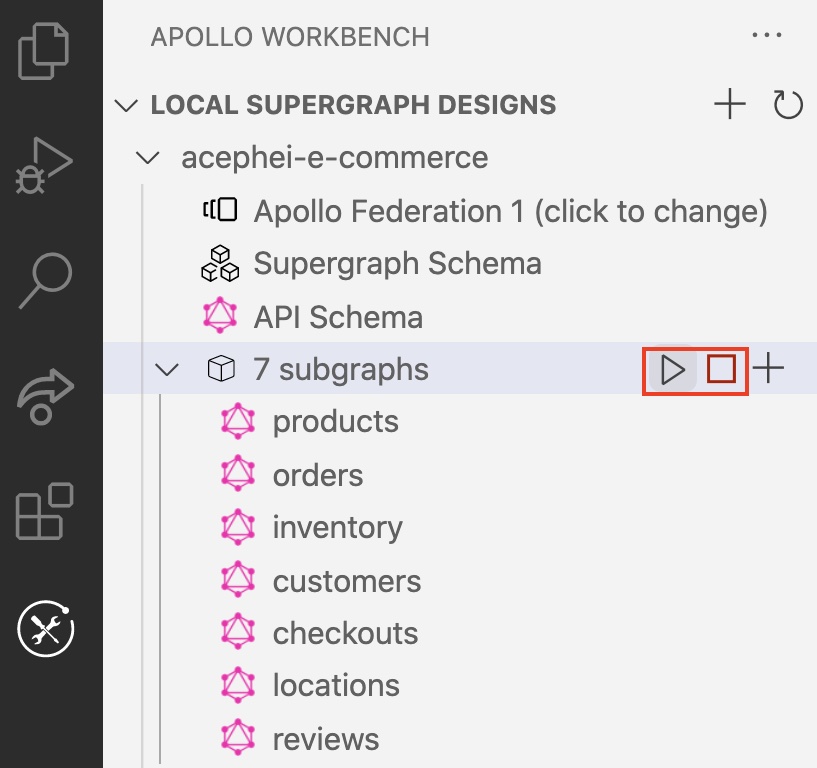 You can override these defaults by modifying your VS Code user settings (go to Extensions > Apollo-Workbench and click Edit in settings.json):

You can only run one supergraph design at a time. Whenever you start a design, any other running design is stopped. 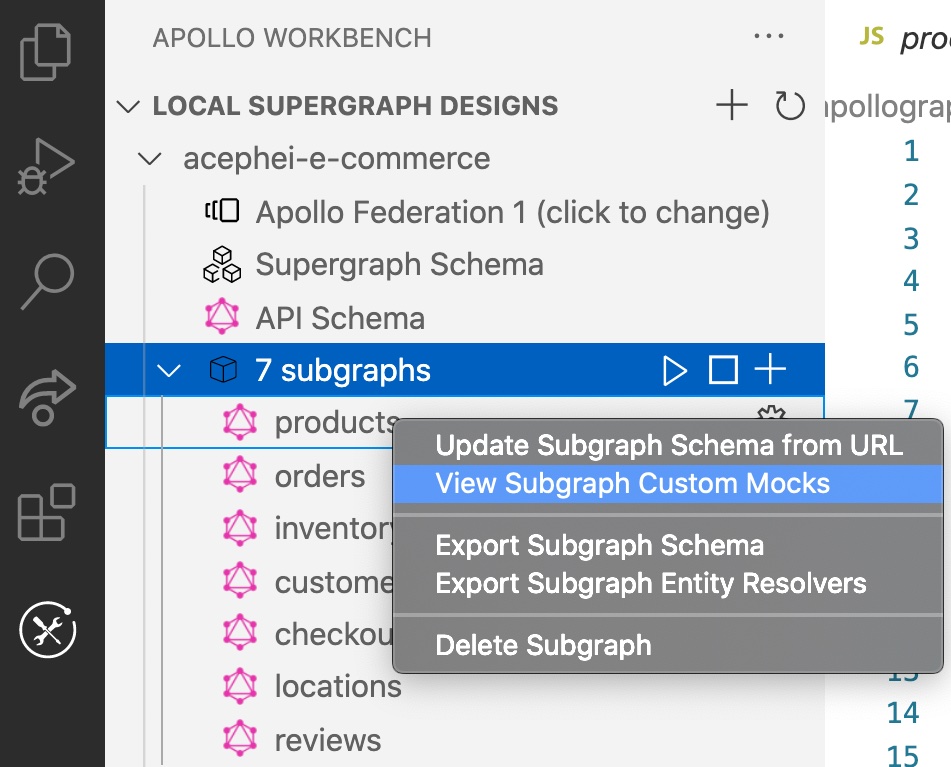 Custom mocks are stored as raw strings in the apollo-workbench file and synced whenever changes are saved to the actual .js file. Valid JavaScript or TypeScript is required for an exported mocks.

How do mocks work in Workbench?

When you run your design, Workbench starts one Apollo Server instance for each mocked subgraph in the design. Each instance dynamically creates reference resolvers for any entities that the subgraph defines. These resolvers are used in combination with any defined custom mocks to resolve incoming operations.

Workbench also starts a separate Apollo Server instance to act as the gateway, using the @apollo/gateway library. This instance is passed the supergraph schema composed from your subgraph schemas.

When all server instances have started, Workbench opens Apollo Sandbox so you can execute operations against the gateway.

To specify a URL for a non-mocked subgraph, first open that subgraph's settings in Workbench:

Then do all of the following:

Workbench does not verify whether a subgraph's remote url is reachable.

Whenever Workbench communicates with a GraphQL endpoint (such as one of your staging subgraphs), it might need to provide custom HTTP headers that the endpoint requires.

You can provide these headers in a subgraph's settings via the requiredHeaders option:

Whenever you're running a Workbench design with non-mocked subgraphs, the schemas for those subgraphs might change at any time (for example, if a new subgraph version is deployed to staging).

To account for these changes, Workbench can sync your design's version of a subgraph's schema with the version at its url.

To enable syncing, set the mocks.autoUpdateSchemaFromUrl option to true in your subgraph's settings (this option is shown above in Using non-mocked subgraphs).