In addition to completing this tutorial, you can clone our example gateway on GitHub. The GitHub example is not identical to the gateway you create in this tutorial, but it demonstrates many of the same concepts.

Hello! This tutorial gets you up and running with Apollo Federation. It currently requires Node.js version 12 or 14.

Usually, each subgraph corresponds to a different service in your backend. The supergraph is then represented by a gateway, which routes each incoming query to the appropriate combination of subgraphs and returns the combined result.

This architecture enables clients to query data from multiple services simultaneously, just by querying the gateway.

Now that we have a high-level understanding of federation concepts, let's jump in.

This tutorial uses two Apollo-hosted subgraphs for an example application: a Products subgraph and a Reviews subgraph. Here are their schemas for reference:

Rover is Apollo's CLI for managing graphs, including federated ones.

After installing, run rover in your terminal with no arguments to confirm that it installed successfully. We'll use various Rover commands in later steps.

You can also clone our example gateway on GitHub. The GitHub example is not identical to the gateway you create in this tutorial, but it demonstrates the same concepts.

As mentioned above, your federated supergraph is represented by a gateway that routes queries to various subgraphs. For this tutorial, we'll use some Apollo-hosted example services as our subgraphs, and we'll set up our own gateway in front of them.

With the help of the @apollo/gateway library, Apollo Server can act as our federated gateway.

On your development machine, first create a new project directory for your Node.js gateway. Then inside that directory, run the following to create a package.json file:

Next, install the following required libraries:

Finally, create a file named index.js and paste the following into it as a minimal (not-yet-functional) gateway implementation:

This code demonstrates the basic flow for creating a gateway:

If we run this code as-is with node index.js, we get an error:

That's because our supergraphSdl is currently empty! Next, we'll compose that schema.

As a best practice, your gateway should not be responsible for composing its own supergraph schema. Instead, a separate process should compose the schema and provide it to the gateway. This helps improve reliability and reduce downtime when you make changes to a subgraph.

There are multiple ways to compose a supergraph schema from our subgraph schemas:

Using managed federation is strongly recommended for production environments. We'll start with local composition to get up and running.

To compose our supergraph schema, the Rover CLI needs the following information about each of our subgraphs:

Because we're using Apollo-hosted example subgraphs, we know their endpoint URLs. And Rover can use those URLs to fetch their schemas via a special introspection query.

We provide subgraph details to the Rover CLI in a YAML file. In your project directory, create a file called supergraph-config.yaml and paste the following into it:

As you can see, we're providing the same URL as the value of two different fields. These fields serve different purposes:

These URLs might theoretically differ. The YAML file also supports providing a subgraph's schema as a local file path, or as a registered graph ref that Rover can fetch from Apollo (for details, see the Rover docs).

Now that our configuration file is ready, we can compose our supergraph schema. To do that, we'll use Rover's supergraph compose command.

From your project directory, run the following command in your terminal:

As you can see, this composed schema includes all of the types and fields from our subgraph schemas, along with many additional directives that the gateway uses to support our federated architecture.

Now, append > supergraph.graphql to the above command to write the composed schema to a file:

We can now edit our index.js file to pull in our composed schema. Replace the file's contents with the following:

Now with our supergraphSdl properly populated, let's start up the gateway again with node index.js. This time, there's no error!

We can quickly open our browser to studio.apollographql.com/sandbox to explore our composed schema in Apollo Sandbox: 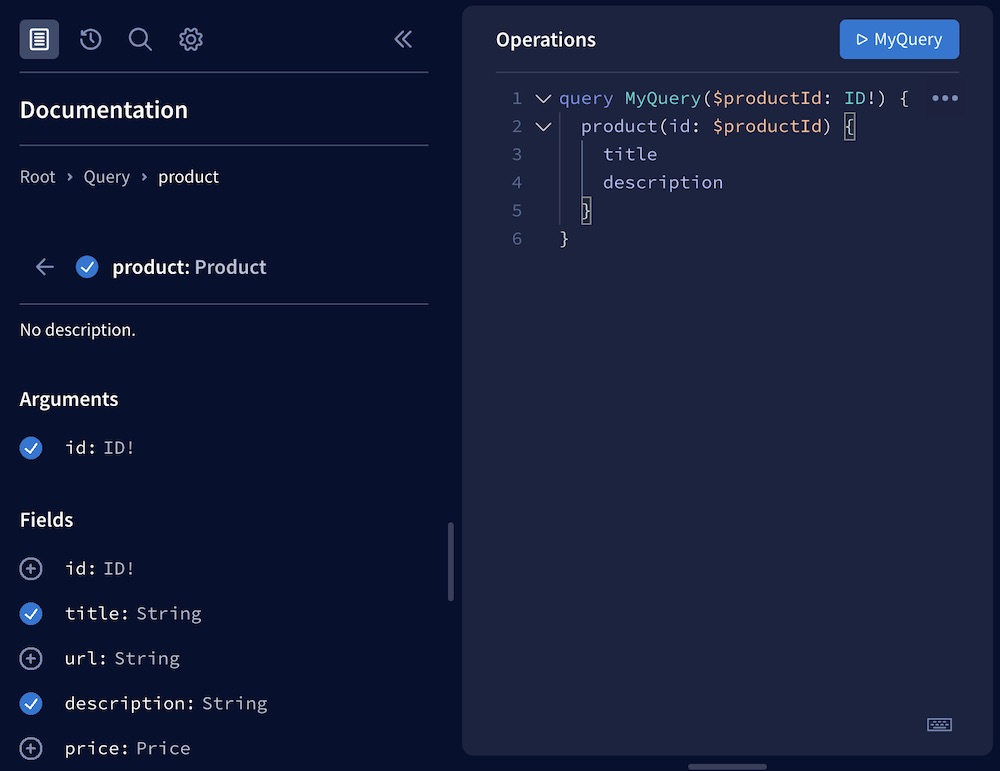 While we're here, you can even execute some test queries against the supergraph.

Nice job! Our supergraph gateway is running locally and communicating with our Apollo-hosted subgraphs.

Next, we'll move our supergraph composition into Apollo Studio so our gateway can pull schema changes dynamically during runtime. On to part 2!