The most common GraphQL operation is the query, which requests data from your graph in a structure that conforms to your server's schema. If you return to the GraphQL Playground for your server, you can see available queries in the Schema tab you opened earlier.

Prototype your query in GraphQL Playground

Click on the launches query at the top for details about it.

In the right panel, you see both the query itself and information about what the query returns. You can use this information to write a query you will eventually add to your app.

In the left pane, start typing an empty query:

Apollo Android requires every query to have a name (even though this isn't required by the GraphQL spec). The query above has the name LaunchList.

Next, between the query's curly braces, start typing la. An autocomplete box pops up and shows you options based on what's in the schema: 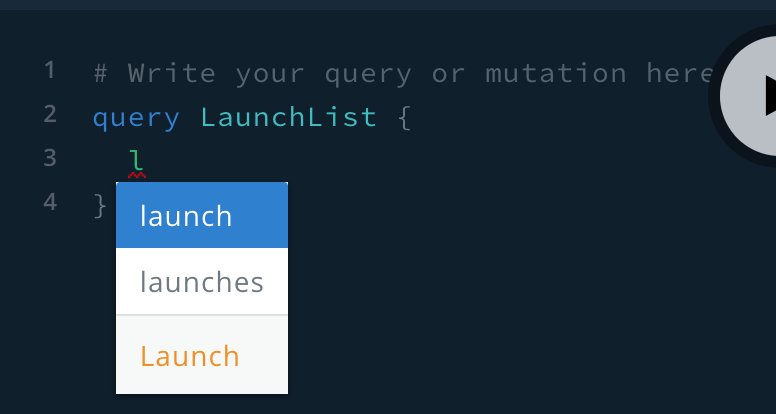 GraphQL Playground is a great tool for building and verifying queries so you don't have to repeatedly rebuild your project in Android Studio to try out changes.

If you run this query by pressing the Play button in GraphQL Playground, the query returns results as a JSON object on the right-hand side of the page: 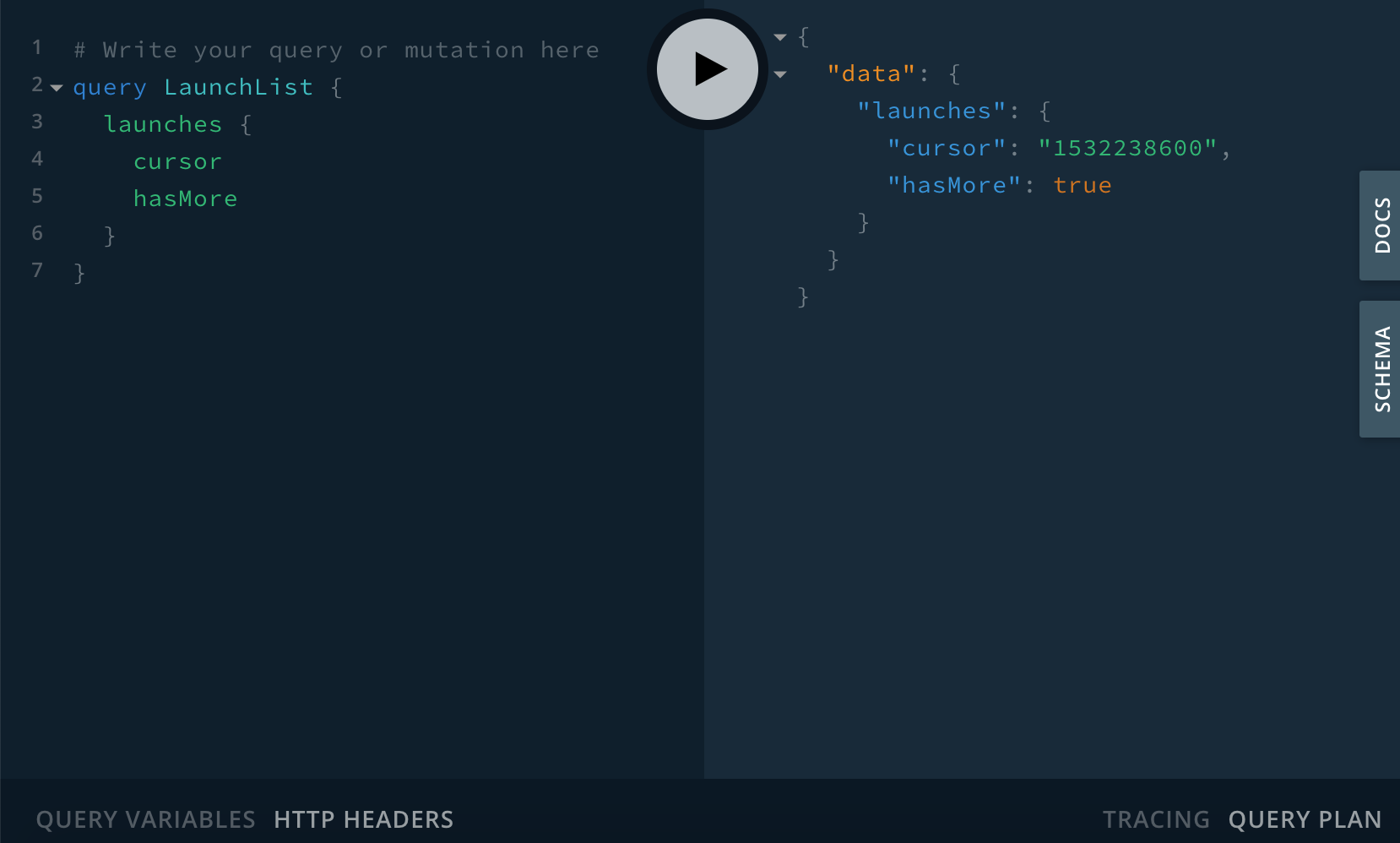 This query executes successfully, but it doesn't include any information about the launches! That's because we didn't include the necessary field in our query.

Update your query to fetch the id and site properties for each launch, like so:

Run the query again, and you'll now see that in addition to the information you got back before, you're also getting a list of launches with their ID and site information: 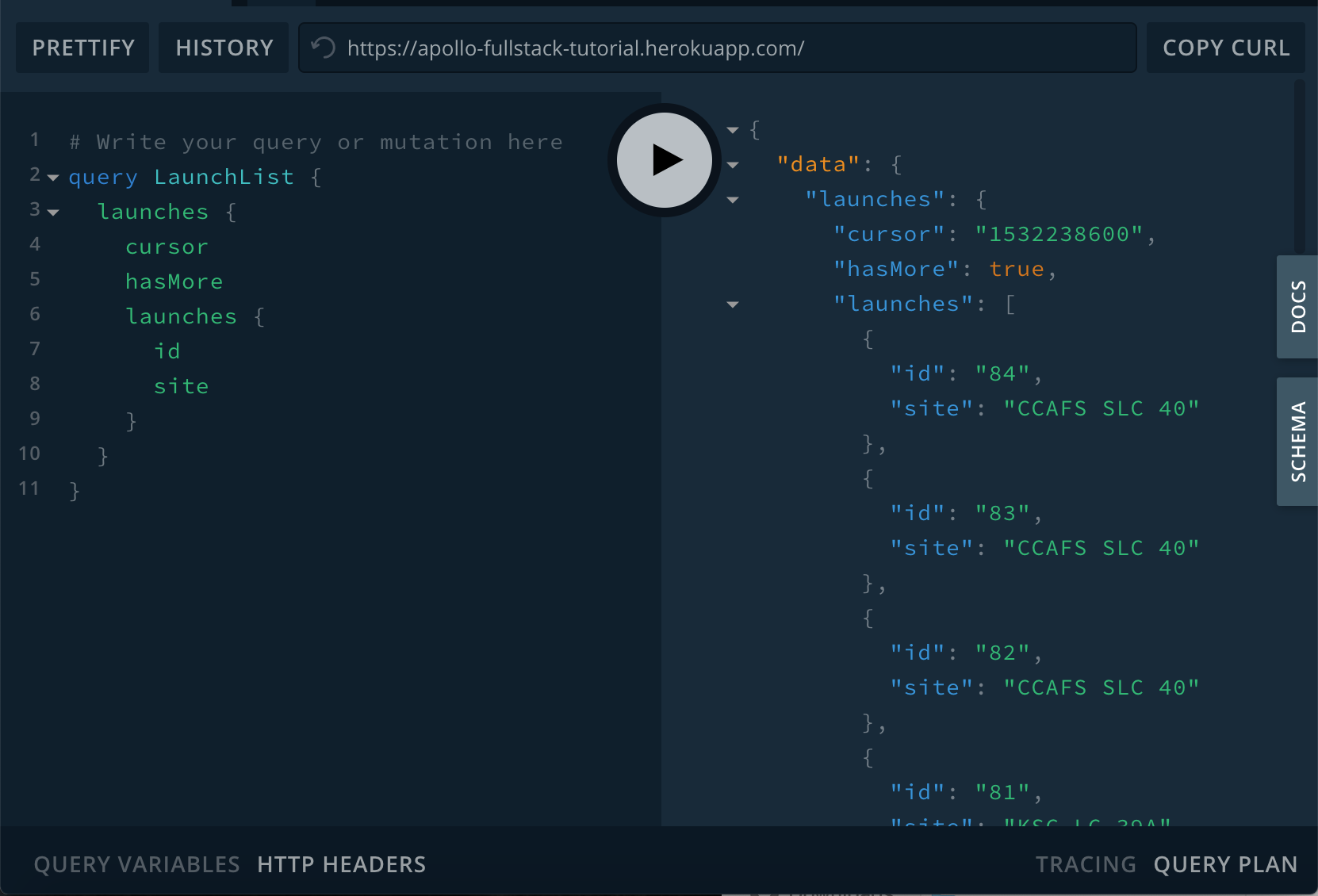 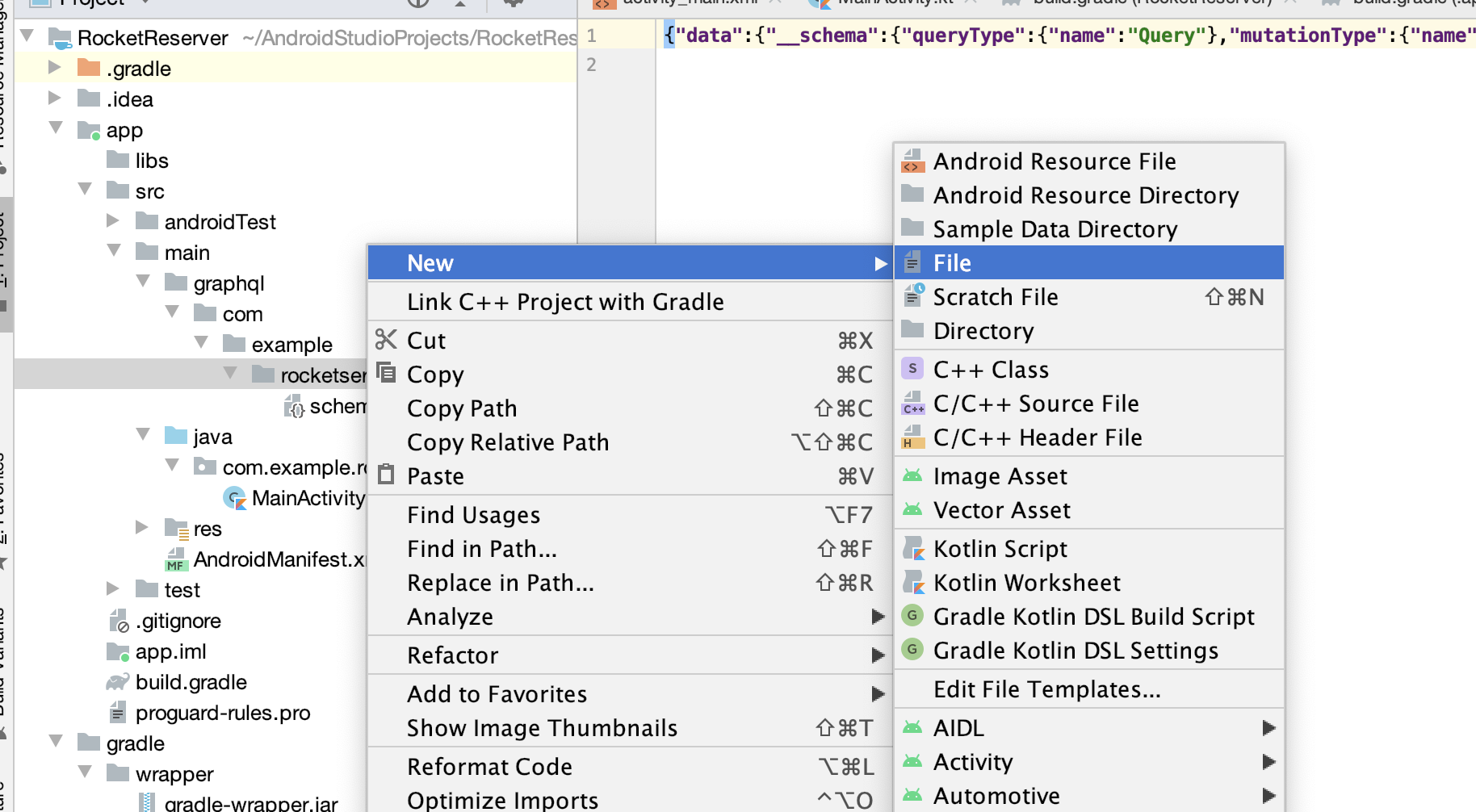 Build your project to have the Apollo Android plugin generate your first model. The plugin defines a task named generateApolloSources to generate the models. You don't need to run it. It will be executed automatically when building your project.

From the menu, select Navigate > Class and start typing LaunchList, Android Studio should suggest to open LaunchListQuery.kt. The file should be in app/build/generated/source/apollo/debug/service/com/example/rocketreserver/LaunchListQuery.kt.

The LaunchListQuery.kt file defines a root class, LaunchListQuery, with many nested classes. If you compare the classes to the JSON data returned in GraphiQL, you see that the structure matches. These classes include properties only for the fields that your query requests.

Try commenting out the id property in LaunchList.graphql, saving, then building again. When the build completes, the innermost Launch now only includes the built-in __typename and the requested site property.